“The plenum fabricated with Sinterline® Technyl® PA6 technology could easily perform without failure under real operating conditions,” said Matti Holtzberg, Designer and Leaderof the Polimotor projects.“Integrating the 3D printed part with predictive simulation demonstrated all the additional benefits we could obtain to further reduce weight.”

Coupled with a deep understanding of the parameters of Sinterline® materials and SLS printing processes, the predictive performance simulations showed the plenum’s original design could be up to 30 percent lighter than originally thought possible.

“The successful validation of part performance modeling for PA6 3D printing will help boost the technology and change the traditional landscape of manufacturing,”adds Dominique Giannotta, Sinterline® Program Leader for Domo. “Enthusiastic feedback from major automotive industry players confirms their interest to accelerate this development in order to offer them a combined service in the near future.”

Domo will feature its Sinterline® Technyl® PA6 technology as well as the 3D printed plenum chamber for Polimotor 2 at K 2016 (Booth C61 in Hall 6).

1MMI Technyl® Design is an advanced service powered by Digimat™ from e-Xstream, an MSC Software company. 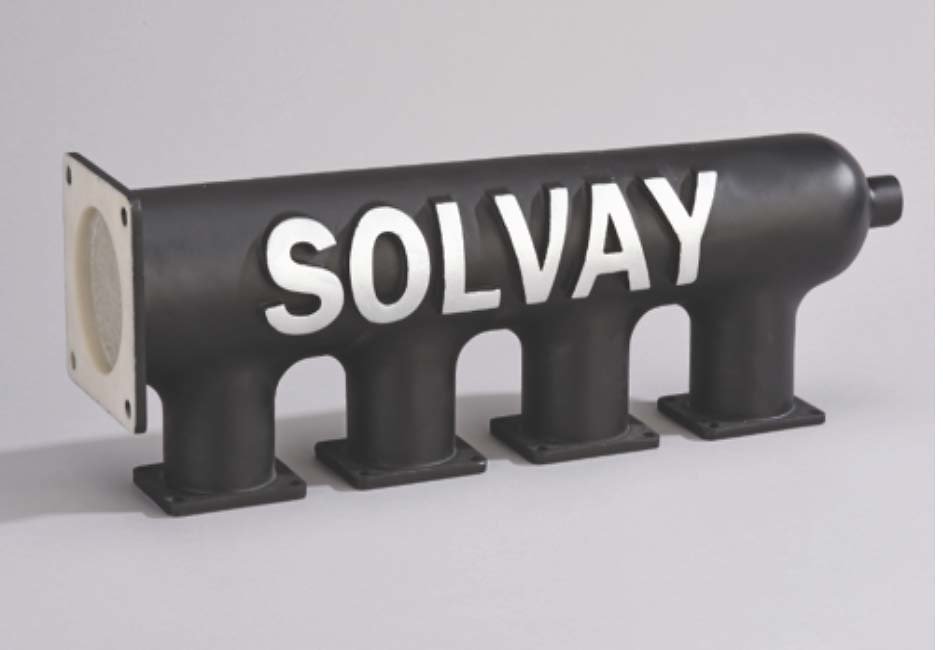 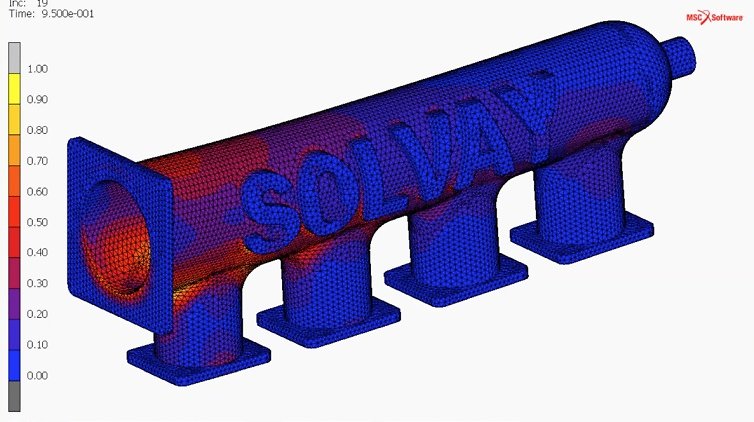 (All illustrations courtesy of Domo)

Domo Engineering Plastics Business Unit is the global specialist in polyamide-based engineering plastics, with more than 60 years of experience in the development, manufacture and marketing of a complete range of high-performance materials under the Technyl® brand for demanding applications in automotive, consumer goods and electrical markets. With a growth strategy bolstered by six production sites worldwide, the Business Unit employs its expertise and innovation capabilities in order to serve the needs of its customers more closely through a global network of technical and R&D centers.Learn more about the Technyl® brand at www.technyl.com and follow us on Twitter @Technyl.

An international chemical and advanced materials company, Domo assists its customers in innovating, developing and delivering high-value, sustainable products and solutions which consume less energy and reduce CO2 emissions, optimize the use of resources and improve the quality of life. Domo serves diversified global end markets, including automotive and aerospace, consumer goods and healthcare, energy and environment, electricity and electronics, building and construction as well as industrial applications. Domo is headquartered in Brussels with about 30,900 employees spread across 53 countries. It generated pro forma net sales of € 12.4 bn in 2015, with 90% made from activities where it ranks among the world’s top 3 players. Domo SA (SOLB.BE) is listed on Euronext in Brussels and Paris (Bloomberg: SOLB:BB – Reuters: SOLB.BR).